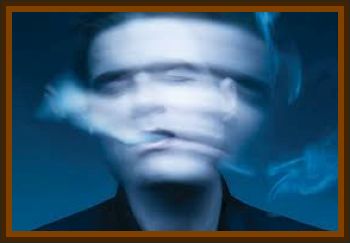 Going a bit off topic on this one, but change is good. Recently I had a medical event, which will eventually require surgery.

I thought it would be a smart choice to quit smoking ahead of time. A huge mistake on my part.

I decided to try Chantix. Worst experience of my life, Almost worse than the time I spent with the Ex Wife and her spoiled kid.

I can't say my Doctors didn't give me a hint it wasn't a smart choice, One said it would be better to quit cold turkey, It required 2 doctors to agree to the prescription, plus it was the most extpensive prescription I've ever had.

I suffered from it, The Web Site Suffered and Deb suffered, she took it like the amazing woman she is though.

According to WEBmd these are the known side effects, quite a list:

Vomiting - Only when I tried to eat, or thought about eating.

Gas - Something crawled up my butt and died.

Abnormal Dreams - Not so bad

A Common Cold - None

Itching - This was terrible.

Low Energy - No ambition, Felt like I didn't care it I pissed myself or got up to go to bathroom.

A Skin Rash - None

Decreased Appetite - Didn't eat for 3 days at one point.

Increased Hunger - But no appetite.

Runny Nose - And tons of phlegm.

Generalized Weakness - All Over.

A Feeling Of General Discomfort Called Malaise - Mostly no ambition.

Thoughts Of Hurting Or Killing Others - None, just killing cats. Normal for me.

A Heart Attack - None

A Transient Ischemic Attack, A Type Of Stroke That Lasts Only A Few Minutes - None

A Blood Clot - None

Acute Inflammation Of The Pancreas - None

Erythema Multiforme, A Type Of Allergic Skin Reaction - None

A Type Of Allergic Reaction Called Angioedema - None

A Hypersensitivity Reaction To A Drug - None

An Accidental Injury - None

Altered Interest In Having Sexual Intercourse - None

A Change In Vision - None

Ringing In The Ears - Slight

Inflammation Of The Nose Due To An Allergy - None

A Toothache - Frequent, but I have bad teeth.

The Inability To Have An Erection - At times.

A Problem With Menstrual Periods - Not Applicable

Increased Sensitivity Of The Skin To The Sun - Never have cared to be in direct sun, too warm.

Backache - Not from Chantix

Sensation Of Spinning Or Whirling - Absolutely

Temporary Redness Of Face And Neck - None

Weight Gain - None, loss from lack of appetite.

Heart Throbbing Or Pounding - None

Urination During The Night - Yes, Every 2 or 3 hours.

Sleepwalking - None, Gotta be able to sleep.

They didn't mention seeing spots. I do realize different people are affected differently.

Quite a list isn't it? My biggest issues were the light headedness & Dizzyness, And Lack of decent sleep.

I only took it fo 10 days, I feel it will take as long for it to exit my system.

The scary part, my daily dose was just 0.25 mg, I can't imagine what it would have been any higher.

I don't trust myself to drive or mow the lawn until the dizzyness and light headedness go away.

In the end, I did cut down on smoking. But I also cut down on eating, drinking and sleeping. I don't feel it was worth it.

Take it however you feel. But in my opinion, Chantix is nasty stuff.