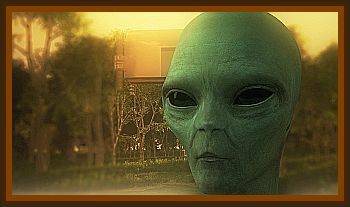 Mother, 2 sisters, younger brother & I were living at Schofield while my father was a doctor in the Vietnam War. I was about two as I was potty trained but still wore a diaper at night. I don’t know the exact month or time.

Every night my friend and neighbor, C, would scream bloody murder, as she was afraid of the dark. Her mother was Asian so her parenting style was to let her cry it out. Her screaming however scared me. I could not sleep until she stopped screaming.

One night a thin man with black hair appeared at my crib. C was still screaming. He told me not to be afraid. He asked me if I wanted to go for a walk. He was talking to me but his mouth was not moving. I pointed to my shoes. I told him that I didn't know how to tie them. His face was expressionless. He said that it was okay and that he would carry me.

He held me, and we were in a field. But it wasn't the pineapple plantation across the road. I don’t know how we left my room.

His black hair reminded me of my father, so I told him that I loved him. He told me that I did not know him. So, I asked him his name. I can’t remember it, but I remember it was too long for me to say as a child.

From the field we went inside a room. I don’t know how we got into it. It seemed small and round shaped inside. He put me down and said he had to work. I told him I could clean as I liked to clean the tub. He asked me not to touch anything.

When back in my room, he told me not to tell anyone or he couldn't come get me anymore when the girl screamed. I was having trouble opening the door, so he opened it for me.

I wanted to be with my family. My father, mother and sister were playing a game. My father wanted to know how I got out of my room so I told him that a man let me out. My father asked me if the man was black. I thought that he meant, did he have black hair, as I had never seen an African American male before.

I said yes. He searched my room including the closet. He checked the window/s and it was locked. I could tell my dad was upset because I remember he was sweating. He told my mom that it must have been someone from the barracks but he didn't know how they got out with the window locked.

My father asked if he hurt me and I told him No. My father reminded me of the importance of telling the truth. I told him again that the man was there.

The next night when C screamed, the man did not come for me. I remember standing and waiting until C stopped screaming, but I saw no one.