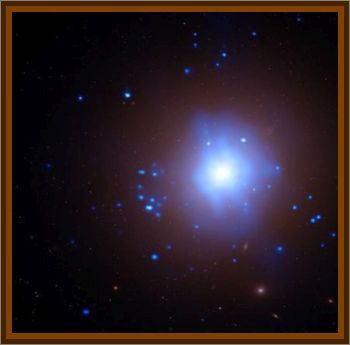 On Thursday March 26th, 1966, I was camped with a party of Bedouins. We were staying near the beach outside the town of Jubail, near the oil fields. That night we were relaxing around the campfire, looking up at the stars from time to time just as usual. Then suddenly, something never before seen appeared in the sky. It was a very large, brilliant blue light. It had the definite shape of an oval. I rubbed my eyes in disbelief. So did everyone else. I thought we were dreaming.

We watched the bright blue oval for several minutes as it hovered directly overhead, not too far away. Then, suddenly, it was gone.