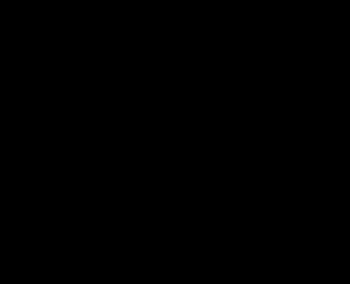 I rarely am one to make a big deal of things let alone tell anyone weird unbelievable stuff, but these are some experiences that I recently had in a house we lived in for a little under a year.

We moved into this house in October of 2001. The first two or three months all was fine. Then on or around the first of the year, 2002 my 4 year old, then 3, would wake up in the middle of the night absolutely terrified saying there was a monster in her room.

Now of course I brushed this off as childhood nightmare but then in late February I started waking up in the middle of the night with a feeling of some one staring at me.

My daughter stopped getting up.

Upon looking in the general vicinity of where this feeling was coming from I would briefly see a shadowy black and gray apparition that would be gone as soon as my eyes focused. This would give me the chills then I would go to sleep.

This occurred 2 or 3 times a week for months. The same nightly scenario, I'd wake up focus and gone, or I'd wake up see it and turn the TV and it was gone.

Only once did my Fiancé actually see the apparition too, I think it was in June.

She woke me up in the middle of the night and said she saw a faceless child standing next to her about 3' from her side of the bed. As soon as she looked at the face, it was gone.

I then got up telling her it must have been my daughter. I went into her room and she is fast asleep. Other than this she never saw anything again.

The most frightful experience with it was in late August when I woke out of a dead sleep again, and did the routine, except this time it didn't disappear.

It stayed floating in the corner of the room. It was a swirling black cloud with some gray in it. Probably 4' or 5' long and 1½' to 2' wide.

I will honestly say I have not felt that kind of fear ever in my life. It felt like there was pure evil in the room. I couldn't move but I was able to nudge my Fiancé and say:

Look there it is, that thing I keep seeing.

With that she rolled over and only after she turned over did it disappear. We moved out in Late September and I have not been woken up since.

I did ask a few people of the history of this house but to no one's recollection did anyone ever meet their fate on that ground.

Like I said, normally, I wouldn't take the time to write this however I feel as though I needed to get it off my chest.

The corner this always appeared in was a corner where I had a crucifix hanging on the wall. We left that behind as well to ensure we wouldn't be followed.