Shadow People Around Me 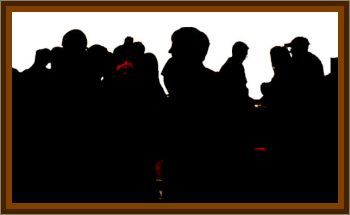 Around five years ago, I would see those things everywhere, just standing and watching me.

At first, it was just a quick glance at something shadowy moving amongst the palm trees. Then maybe a year later, those things just would appear out of nowhere and would just stare at me.

I would look straight at them and they would be unmoving.

Later they started moving around, moving from behind one tree to the other.

But then one night I woke up in the middle of the night and looked to my door, and there was one just standing in my doorway, watching me.

It was horrifying, but I don't think they would hurt me or anyone else for that matter. They just seem to be observing but after I moved, they stopped appearing.

Today, when I found out there are more people who have seen them, I feel more comfortable and I feel that I really did see those things. I am seeing them again, they still just stand there and observe. I am less scared but I have tried calling out to them when nobody is around, and they just walk away.