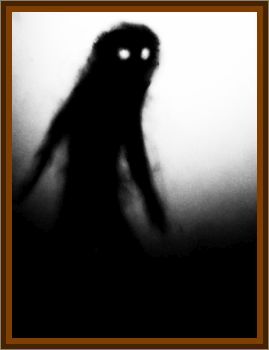 The appalling incident started years ago with glimpses of something dark hiding behind trees, darting around corners, or fleeing a room as she entered. The sightings escalated gradually until they became a daily event and her brief glimpses transformed into full views of nightmarish things.

Then her paranormal experiences began to escalate until they reached a crescendo of screaming fear.

Imagine cowering helpless in your bed, paralyzed with fear, fully awake, helplessly watching something dark and silent creeping relentlessly towards you. That's what Williams claims she encountered. Some have dismissed her nocturnal attack as nothing but sleep paralysis and lucid dreaming, but she insists the bizarre attack left her bruised, scratched and emotionally shaken. She swears she didn't imagine the sinister thing fondling her, tearing back the bed covers, and roughly groping her. Even as it happened she knew she was being sexually molested and while the experience terrorized her then, it completely sickens her now.

As I opened my eyes to see what the hell it was, there stood on my left side of the bed a black cloaked hooded figure.

The ghastly thing leaned over her, pinned her to the bed and grabbed her neck when she attempted to scream. When she tried to push it away it savagely began groping her and hurting her. Tears ran down her face, soaking into her pillow as she tried to scream…but couldn’t.

Then the black, cloaked figure increased the terror, and decided to scare me more. It half went inside me and was cold like ice. As it went in me I felt so sick.

Anger began to rage through Anne as the shadow figure pushed itself into her. I started to get pissed off as this piece of shit was trying to hurt me, So I thought, that’s it! I’m going to pray to God.

As I lie there, still pinned to the bed, choking, crying and trying to scream. I really felt that I was going to have a heart attack as this thing was so powerful, I had the strength in my soul to pray to God and ask for it to leave me alone.

When I opened my eyes to look into the snowy, cloaked face of my attacker.

I said angrily in my soul, leave me alone, whatever you are…Leave me alone, you are not welcome to be in my body, It’s mine…you don’t belong here.

As I lie still, locked to the bed, face awash with tears. eventually, the cloaked figure just let me go.

I got up all in a sweat, I felt victimized, and felt like no one could help me. Well, I know that God helped me. Williams' mother speculated that the entity may have been the evil ghost of a dead rapist.

Anne Williams encountered in her bedroom was no ghostly entity; it was a shadow person.