Shadow Being In Bedroom 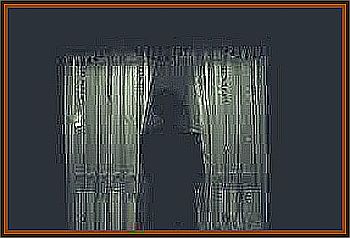 This happened back as early as 1958. I was about 2½ years old, living in San Diego, CA. It was close to downtown a few blocks from the Coronado Bridge.

The district at the time was called Logan Height. My family and I lived in old 2 story duplex that was built in 1883, we were on the 1st. Floor. I shared a small bedroom with my older brother.

He was always a restless sleeper and covered his head with his blankets.

One night I was awakened from the sounds of my brother thrashing around like he was wrestling an alligator under his blankets, and then I saw them.

I couldn’t understand what they were, remember I was only 2½ years old but I was in complete frozen terror. I couldn’t move or scream, but I could hear my heartbeat pounding in my ears.

They were shadows of a man and woman, that I could tell by their shapes. The man was at the head of the bed and the woman was at the foot of the bed. The man kept leaning forward like he was trying to remove the blankets but my brother was thrashing around so violently that they stopped and turned toward me. I was able to cover my head with the blankets and I blacked out.

When I woke up that morning my right bicep was sore. My mother told me that I had slept wrong on it. My father told me years after I told him to the best of my recollection that it was my Grandparents saying goodbye, okay.

My theory was that I was inoculated. When I started school President Kennedy mandated inoculations for grades 1-12.