The Real Reason We Moved 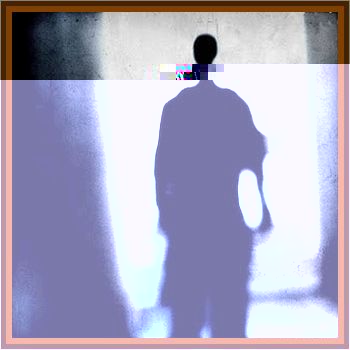 I was around 4 or 5 years old. I have a great memory, it’s kind of creepy to some because I have a photographic memory.

Anyways, the house I lived in, my brothers and I swore to be haunted. The basement was the worst.

Picture this, you walk down a set of stairs, you look to your right, it’s a rumpus room. Ahead of you is a doorway to the laundry room, and the left of you is a hallway, at the end of that hallway is two rooms on your left and right.

My older brother stayed in the room on the left, and his friends would not sleep over because of a shadowy figure in his closet always staring at them, or so my brother claims.

The room on the right, is where my uncle stayed in… Now this where it gets messed up. My older brother was babysitting my twin brother and I, and we all played hide and seek, my twin and I went hiding, while my older brother seeked.

I ran into my uncles room on the right, and into his closet. I sat down on the floor, and I felt a hand on my shoulder. At the time, I thought it was my twin brother, I remember asking him if he was hiding in here too?, to which there was no reply. 5 minutes pass and I felt cold, so I left the closet thinking my brother was following me. I went upstairs to the living room and both my brothers were sitting on the couch asking where I hid.

They couldn’t believe where I told them because they think that the basement in general is creepy.

Fast forward a few nights, and my older brother was babysitting again, only my twin brother went grocery shopping with my mother and uncle at around 7:00 p.m. We were rough housing and wrestling in his room, and we acted like we wrestled outside of the ring, and into my uncles room which we considered a backstage. Mid wrestle, the closet door swung open on it’s own like a blast of wind… My brother and I stopped wrestling, and stared in awe.

A tall, dark, shadow man walks out of the closet and my brother books it out of the room leaving me behind. The shadow figure walks towards me, and stops in front of me. I proceed to run out of the room and down the hallway, up the stairs and by then, my uncle, mother and twin brother got home as I started crying on the stairs.

Rent went higher, we moved and that was that, or so I was told from my mother.

The shadow figure only came around once every few weeks. My uncle then told me the house’s grim history and the real reason we moved… My uncles closet, had a cubby hole which lead to underneath the house, and conjoined my brother and uncles closets together which made one long closet. A man was murdered in that house in the 70’s and his body was found in that cubby hole. My mother found out, freaked out and moved us, blamed it on higher rent. My uncle knew but vowed never to tell us.