I Tried To Get Close 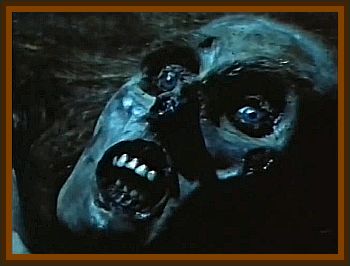 This is the first and only time I’ve ever seen a shadow person. It was years ago when I was still a teenager in high school. I was invited to a girl in my class’s house for a slumber party/cook out. We had a bonfire, hot dogs, marshmellows, the whole nine yards. Very fun, enjoyable memories.

She lived in a trailer. And next to her trailer was a trailer that had been abandoned for what seemed to be a few years. It was overgrown by weeds and basically looked like it was falling apart. I was told that the woman that lived there had actually passed away in that trailer.

I’m not sure if she was sick or if it was an accident or if the story is even true for that matter. Who knows? Teenage girls like to scare other teenage girls. You know how it goes...‘Oh Yeah, such and such died there and now it’s haunted.’

I remember we decided that we were going to go poke around the place. In the dark, yes. I think maybe one person had a flashlight. I didn’t even get that close to the trailer when I saw it.

This is the hardest thing to explain, because how do you explain something that looks blacker than pitch black? I remember it was in the shape of a person. It could have been male or female. It was just a shadow. But it was coming straight towards us and I just lost it. Of course when I screamed, everyone else did. It disappeared before it could get close.