It Called To Me...And I Answered 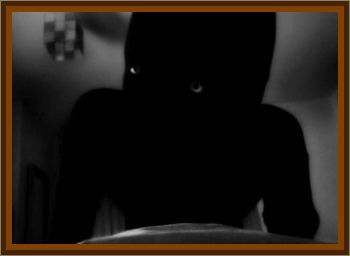 I am usually not one to talk about my situation as it happened about 14 years ago and anyone that I have gone out of my way to share this with, immediately put a lot of discredit upon the topic. My spouse and close friends have always been the most intrigued.

I only had one occurrence that I recall the most, any others did not have as much substance behind it as this one did.

When I was 14, I was sharing the basement recreation area with my step brother at the time. My parents had spent time building me a room in the basement at my request but low and behold, I slept most of the time out on the playroom or whatever you wanted to call it. I didn't start sleeping in my room till I was probably 16, however this instance further confirmed why I didn't.

It was between 2:00 a.m. & 4:00 a.m., I don't recall the exact time but i had originally fallen asleep on the floor next to the futon my step brother was sleeping on. He faced the wall and was heavily snoring to boot. I had woken up and couldn't fall directly back to sleep so i tossed and turned while the ambiance of the TV kept spreading around the basement.

Out of nowhere, I became completely stiff and unable to move my entire body but my neck and head. At this point, feet pointing to the wall and the TV behind me, I started to look around because I had become immediately filled with anxiety and fear. I was thinking of this being sleep paralysis at the time, until the next step took place. I laid there in silence, heavy snoring from my left, it felt as if someone/something was sitting on my body restraining me by the shoulders, which due to claustrophobia issues, freaked me out. I heard a very faint voice at first in the distance:

Josh, are you there? I know you are there.

Eyes peeled wide open, trying to diagnose me being crazy at this point, it then spoke again:

Josh, can you hear me? I know you can hear me, come to your bedroom.

I continued to try and ignore as I felt I was about to puke as I was becoming really scared. In a much louder, gruffer voice it spoke to me again:

As if the biggest weight was off my body, I was immediately able to move and i sat up in a split second and rose to my feet. This voice continued to call my name and demand my presence in my room.

Like any unoriginal horror movie, I was pleading with my brain to not do it but stupid me decided to make way to the bedroom. The door always remained shut and as I put my hand on the doorknob, I hear one more time.

Josh, are you coming? Open the door!

As I opened the door, I had a small basement window, at the time big enough to sneak out of the house, parallel to the doorway. As I slowly creaked open the door in a cold sweat, there was what appeared to be a dim lit yellow eye shapes in the window in the shape of some sort of dark figure staring deep into my soul.

Wide eyed and terrified, I looked up and was locked on for about 30 seconds, they got brighter and became dim, and that repeated, I slammed the door immediately and bolted to the other end of the basement for the light and proceeded to rock back and forth because there was no explanation.

My step brother woke up in a panic as I was petrified. We went back in the room together and turned the light on and nothing was there...nothing was outside as we went and checked further.

He stayed up with me for a bit until I fell back asleep and nothing like that occurred again.

I cannot advise whom, why where and what but it has left the biggest impact on me to this day. I know the difference between dreaming and being in an altered state of mind, but this was the most real I have ever felt behind a paranormal episode.

That voice makes my body tingle and hair on my arms raise every time I think about it. I feel good knowing that I am not completely alone in this type of thing, and all I can do is hold on to the memory as nothing has been explained or uncovered otherwise.