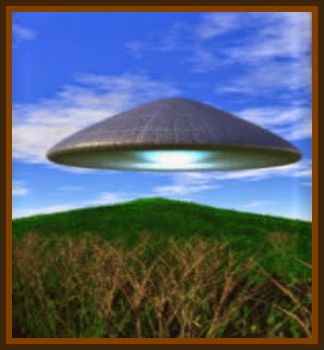 The private pilot reported he fled from a giant cone shaped UFO which kept his plane in shadow for about three minutes.

James J. O’Connor, a former Army investigator, was flying at 9,500' in a small private plane near Sebring, FL when he noticed what appeared to be a delta shaped object above him. Curious, he climbed toward the object but leveled off about 10,000' because he had no oxygen equipment.

Then the UFO began increasing in size, apparently descending toward his plane and pacing him.

O’Connor was somewhat unnerved, but more curious than frightened.

He timed the descent of the UFO at 37 seconds. The object made a singing noise like automobile tires on wet pavement. When his plane was completely in the shadow of the object for several minutes and it continued to follow him, O’Connor became apprehensive.

He pulled his plane up, reduced power, and stalled out, diving as fast as he could without putting undue strain on his small plane. He dropped to 3,500' before looking up again.

That’s when I was frightened, James later reported, That thing had not changed in size at all, but was still with me and pacing me. It was still as big as a football field.

Briefly, O’Connor thought of shooting at the UFO with a .38 special he kept in the cockpit, but about that time the object appeared to change shape to a wedge, then a thin line, and then vanished.

I realized it was climbing, O’Connor said, doing a reverse peel off in a 360° turn. We don’t have an aircraft that could do this I think. It was more like the thing was falling up.

O’Connor estimated that the UFO followed him for 17 minutes.

The sighting was in bright daylight with a clear sky and only a few alto cirrus clouds high above. When he noticed the object overhead, O’Connor opened his canopy and looked straight up at it. He was flying VFR from Winter Haven to Miami at the time.

When the UFO broke off the pursuit and climbed away, O’Connor got a view of the underside of a cone, point upwards.