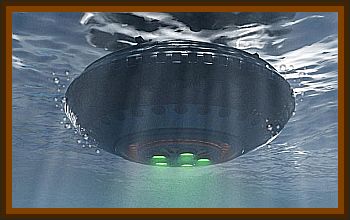 Several persons, to the number of 15 or 16, having been at a wedding, after dinner walked abroad by the riverside, some of them walked upon the bank close by the water, others of them at a greater distance, but they all, as they have since reported, saw a cloud rise up out of the water, much resembling the kites flown by local boys.

It rose higher and higher until it became a direct cloud in the proper region, and as they stood looking up and gazing upon it, they plainly saw the cloud open, and therein beheld the form and proportion of a tall black man, with a thin meager countenance, who seemed to move to and fro very swiftly, and then suddenly vanished.

After this the cloud closed again and within a very little while they saw it open the second time, and then there appeared a man on horseback, who moved to and fro with great swiftness for a very short space of time, and soon disappeared, upon which the cloud immediately, as before, was shut up, but presently opening again the third time, there appeared the form of a very comely and beautiful lady, who after she had for a while moved backwards and forwards, as the other 2 had done before, suddenly vanished also, and then the whole cloud dispersed.

None of the spectators are in the lest suspected to have any inclination to fanaticism therefore we doubt not but upon that account the relation will gain credit amongst those, who otherwise are too slow of hear to believe these things.