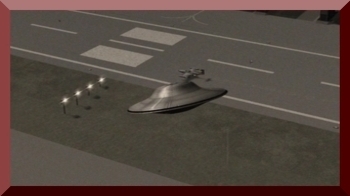 In the late 1950s I was scrambled on an unidentified target east of Long Island NY heading 270 at 6000' and, if I remember right about 140KTs. We were at about 15000' and I told my wing man to stay high, in case I lost radio contact, and I went down to get behind the target.

I picked up the target on my radar, locked on, and began closing on him. I had slowed down to about 350KTS and after lock-on my radar showed a 200KT closing speed which it should be. I closed with the target but when I got close enough that I should see him there was nothing their and my wingman who was above me could not see him visually.

I finally asked the ground controller to set me up again, thinking that I had just missed the target. I made another run on him but still could not see anything. At this time we were now south of Long Island and another radar controller, in New Jersey, was giving me the same information the controller on Long Island, and my own radar was giving me.

Now this is where it gets weird, we now have two separate airborne radars and two different ground based radars tracking this target that neither I nor my wingman could see visually. Finally, about 75 or 100 miles east of the coast the target just disappeared. There was absolutely nothing to be seen.

My wingman and I finally climbed up a little higher and began flying bigger and bigger circles hoping to find something visually. The only thing we found, in the air or on the water, was a small wooden fishing boat about 75 or 100 miles south of Long Island. It was so small and made of wood that we couldn't even pick it up on our radar.

Needless to say we made a full report of this, as UFO's were being reported all the time then.