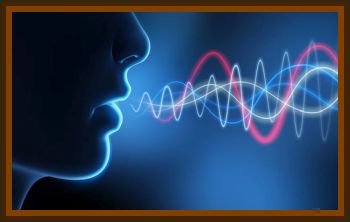 In February 1976, UFO researcher Timothy Green Beckley conducted an extensive series of interviews with the contactee/abductee Brian Scott. At that time Scott was a 32 year old draftsman for a Mission Bejo firm and the father of 2, who stated that he had been repeatedly taken aboard a strange craft piloted by beings from an alien planet.

Scott’s first abduction reportedly occurred in the Arizona desert near Phoenix in 1971, and he claimed that another had just occurred on December 22, 1975, in Garden Grove, CA.

In between, Scott said, there were 3 other terrifying sessions with the aliens and repeated visits to his home by balls of light and a transparent being that called itself the Host.

Scott believed that his involvement with the alien beings began on his 16th birthday, October 12, 1959. He had been coming home from celebrating when he observed a ball of light hovering over his dog. The ball was oval shaped, semisolid, becoming more solid toward the center. It was 6" to 8" in diameter and reddish/orange.

The ball of light came right at his head until it was just a few inches from his face, then it shot straight up.

Scott believed that at that time he had received some sort of communication from the ball through thoughts and pictures that were apparently transmitted directly into his mind.

It was more than 12 years later, on the evening of March 14, 1971, that Scott was transported aboard a hovering craft with a purple light emanating from its underside.

Scott had no knowledge of why he had chosen that particular evening to drive into the desert near the Superstition Mountains outside Phoenix. He remembers standing alone, seeing a strange craft fly overhead. Then he felt a pulsating, pulling feeling that lifted him upward, into the vehicle.

Incredibly, Scott found that a friend of his was already inside the craft. Both of them were taken into a small room that began to be filled with a fog or a mist. Then they were confronted by 4 or 5 very horrifying creatures. Scott described them as having gray skin like that of a crocodile or a rhino, with a thicker patch of hide over the front torso.

Scott and his friend were disrobed and then led off in different directions. He was either carried or made to travel without bodily movement. The beings were 7' tall, according to Scott, and looked like a combination of Earth animals. They had 3 fingers and a thumb kicked over to one side.

After undergoing a physical examination, he stated that his mind was transported to an alien world where he observed more of the strange creatures walking about a planet of jagged peaks in a misty atmosphere. After the mind trip, he was rejoined with his friend and returned to the ground.

The last memory he had of the strange craft was a terrible odor, like rotten socks, as if someone hadn’t taken their shoes off for 20 years.

Scott’s next experience also occurred in the desert near Phoenix on March 22, 1973.

At that time he began to receive the distinct impression that not only was he under observation by the beings, but that he was being slowly educated by them.

Resultant poltergeistic phenomena in the home is very often associated with UFO contactee or abductee experiences.

Tim began by asking Scott about the kind of manifestations that had been occurring in his household.

There are streaks of light. A white light just streaks its way through the house, filters, and then just goes very quickly. Then there is the ball of light itself in the house and outside the house. There have been pure flashes, as if you put a flash cube right up to your eyeball.

The light blinds you. You see it for just a few seconds, and then it disappears. There is another object, a rather odd, brown shaped thing that has from time to time shown up. It dashes around the room in crazy directions, and every time that it does, it creates some damage to the home. All the electricity and all the circuits in the house have melted, frozen, and burned up.

What happened on the day when your wife was sent to the hospital?

She had been to work, pretty much handling everything that was going on around her. Then I got a call that she wasn’t feeling very well. I brought her home, and after about 15 minutes of sitting there talking with her, she was saying several things, none of which made any sense to me or to her.

She said that she had been in the bathroom and suddenly felt hands all over her body. It was as if someone had broken into the house and molested her. When she calmed down and started making explanations to me about what the Hell was wrong with her, it was as if, from her description, the aliens I had seen aboard the craft in 1971 had visited her.

This is odd, because she has never even seen any sketches that I made of those entities.

So this was an actual materialization of the entities in the house?

I don’t know what it was.

But she was so upset that you decided to take her to the hospital?

Later that evening, it seemed as if she was okay. I was on the phone, and the baby was getting into everything so I couldn’t carry on the conversation. I got up and went looking for my wife. I heard a bumping sound and a moan coming from the bathroom.

My wife was on the floor, hyperventilating.

I got her up and onto a chair in the living room. I was on my way to call her mother when she just fell flat on her face. I called the paramedics, and while they were on the way, she got up and fell down again. Then she began to become hysterical.

It took 4 paramedics to hold her down. She was throwing people around as if they were tissue paper. Men were threw backward against the furniture. Finally they loaded her up in the ambulance. I came back in the house, and the baby was not in the playpen. I panicked, because I couldn’t find our 1 year old child. I ran back in the house. The dog was yipping at the back door.

We finally found the baby sitting over in a corner of the patio. A 1 year old baby who got out of a playpen?

There is one entity that comes through that calls itself the Host, whatever that means.

It speaks in what sounds like some kind of computerized language. The voice seems to come out of me, an inner voice that is not mine. The entity says that I am one with it.

When asked if it has a name, it will just come back and say:

The other night we heard some strange sounds coming from the bedroom. I began to speak in a foreign language that we later found out was Greek. Where that came from, I don’t know. I wrote in Greek backwards. On top of that, 1 was writing with my left hand, and I am right handed.

This voice was talking. We asked who it was, and the name Ashtar came out.

Then it began to use the name Ashtar and speak to my wife. It told her things about her past that only she could know. This went on for a while, then it went on to say it would give her all the money in the world. It only wanted one thing in return, her soul.

Beckley pointed out that it sounded as though diabolical entities might be coming onto the scene, attracted by the extreme vibrations. He also observed that Ashtar sounded very much like lshtar, an ancient Babylonian goddess.

The Host told Brian Scott that it would return on December 24 in the year 2011. He would descend on the spider figure in the Nazca lines. From there he would go to other ancient city sites where Scott and concerned parties were to construct pyramids.

Beckley also interviewed J.D., an investigator associated with a civilian UFO investigation group. J.D. said that when he was first contacted by Brian Scott he thought the man was totally out of his mind, but as he began to investigate he became more curious and intrigued. He was especially impressed when the voice tapes that he had taken of various entities, which either spoke through Scott or from other areas around the house, appeared to produce prints different from the abductee’s normal voice.

Beckley pursued this matter, learning that the mechanical voice of the Host lacked all harmonics and seemed to be nothing but a series of small ripples.

Beckley knew that even if a person tried to disguise his voice or attempt to imitate another person’s voice, the voiceprints would still reveal it as the voice of the deceiver. Each voice is very much like a fingerprint. There are individual characteristics in each voiceprint that designate a particular speaker. To learn that the voiceprint analyses of the various entities’ voices were allegedly different fascinated the investigators.

A resultant trance state. Were they one and the same? Were they closely related mysteries? Or were they entirely different aspects of a more general phenomenon?

J.D. indicated that he was aware that there had been other cases such as Scott’s. The manifestations of balls of light streaking through the homes of contaetees and abductees apparently are more frequent than many investigators realize.

J.D. mentioned that one yoice, a horrible voice, came through and claimed to be Beelzebub, the Devil. J.D. was convinced that the entity was simply trying to frighten away the investigators.

Beckley commented that the contents of the messages that Scott had relayed to him all seemed to be very sophomoric in content. Although a great deal of material was coming through from the alleged aliens, it did not, in Beckley’s opinion, have any substantial value to its content.

Beckley spoke further with a technician who claimed to have analyzed the various voices connected and associated with the Scott case. He, too, indicated that they were quite different from one another. The company for whom the technician worked had wired Scott for 24 hours a day for one week. They used a 4 channel recorder, recording different frequency spectrums on each channel. They recorded the vibrations of the house on the low frequency channels, and the static electricity was recorded on the high frequency channels.

The culmination of the project led them to conclude that Scott was not producing the various voices of his own will. Although the technician did not claim to be the final authority, he commented that some of the frequencies that they recorded were, in his opinion, so low that, generally speaking, a human voice could not produce them.

Here again, he added, we are going on the knowledge of standard speech, not necessarily something that is unusual in nature. But for all practical purposes, I am convinced that Scott was not doing this of his own will.