Light Traveling At A High Rate Of Speed 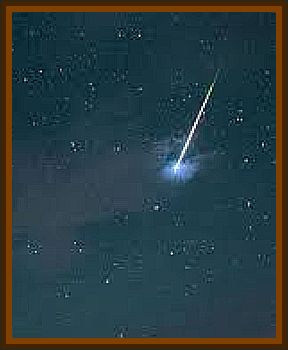 In the summer of 1973 I was in the Army, stationed at Tompkins Barracks in Schwetzingen, Germany.

I was assigned to the Firehouse detail at this time and we worked shifts of 24 on, 24 off. I believe it was July or August.

One evening after the training day I and two or three other members of my crew were sitting on the bench outside of the firehouse just relaxing and shooting the breeze. The bench faced west and we could see the hills of Heidelberg in the distance. It wasn’t quite dusk yet but the sun was low enough that it didn’t affect our vision.

Just across the street from our location was the installation post office, a low, flat, one story with two large oak trees planted in front on either side of the entrance.

So as I said, we were sitting on the bench gazing off to the west towards Heidelberg when I noticed an aircraft traveling north to south at an unusually high rate of speed. To quantify that, what it looked like was a large aircraft with its landing lights on as it makes its final approach from about ten miles out.

The luminosity was enough to attract my attention but we could only distinguish the light. And as it was traveling north to south we could tell that it was traveling much faster than any aircraft we had ever seen.

We were watching this light in amazement as it soared across the sky wondering what it could be. Our view of it was obscured for a few seconds as it passed behind the foliage of the oak tree on the left. It reappeared, and as it was halfway between the two trees it made a 90º turn straight up and disappeared.