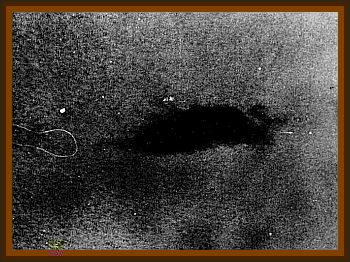 While alien hunters concentrate their energies on pictures from Mars or the top secret Area 51 base in Nevada, an island in central America was the location of a spate of UFO sightings that was officially investigated by Brazilian officials.

Operation Saucer was an investigation into a terrifying series of reported incidents in 1977 where residents in the Brazilian city of Colares claimed that they not only witnessed flying saucers, but they were also being attacked by them.

Bright objects of differing shapes, sizes and colors were said to have been flying at low altitudes, just a few yards above the tops of trees, and firing light beams at people on the ground below.

Several witnesses claimed to have seen beings piloting the crafts, describing them as no more than 3' to 4' tall.

What separates these sightings from the usual glimpses of UFOs in the skies are the numerous and recurring injuries that people suffered.

The beams gave off intense beams of radiation that caused puncture marks and lesions, with some reporting to local media at the time that it felt like a heavy weight pushed against their chest.

A report into the claims made by the victims stated:

The beam was about 3" in diameter and white in color.

It never hunted for them but hit them suddenly. When they tried to scream no sound would come out, but their eyes remained open.

The beam felt hot, almost as hot as a cigarette burn.

Describing the injuries, Doctor Wellaide Cecim Carvalho, who worked in a health care unit in the area during the 1970s, wrote:

All of them had suffered lesions to the face or the thoracic area.

Numerous residents in Colares said they were attacked by flying saucers.

The lesions, looking like radiation injuries, began with intense reddening of the skin in the affected area Later the hair would fall out and the skin would turn black. There was no pain, only a slight warmth.

One also noticed small puncture marks in the skin. The victims were men and women of varying ages, without any pattern.

The saucers were quickly dubbed chupa-chupa, meaning sucker-sucker, and with reports of more sightings and more incidents of people being injured or losing blood, panic soon started to set in and women and children left the area while local men stayed to look after their homes or possessions.

Some officers reported of UFOs flying into the coastal waters nearby.

With no reasonable explanation offered as to what exactly was behind the so called attacks from UFOs, the Brazilian Air Force was tasked with finding out what was going on on the island, with the investigation officially named Operation Saucer.

A 2,000 page military report was soon compiled, featuring 500 photographs and 16 hours of film that the FAB reportedly witnessed with their own eyes.

The documents were kept classified until several pages were released in 2004, showing drawings and photographs of what the military saw.

The head of the investigation later drew what he saw piloting the crafts.

Bright, cylindrical lights feature in the photographs, while several drawings show similarly shaped objects witnessed by people on the island at the time.

Despite this, the operation never explicitly stated that UFOs or aliens were the official cause of the sightings and injuries.

However, high ranking officials from FAB reportedly told a group of ufologists in 2004 that they had discreetly been studying the existence of UFOs since the mid 1950s.

But what could the explanation be if the aliens theory is dismissed?

Some think the area was simply being used as a test site for top secret military craft, something people have also used to explain away the secrecy behind Area 51.

There are yet more strange occurrences aside from the sightings that make this case an ongoing mystery, and catnip for conspiracy theorists.

Dr. Carvalho, who treated islanders for their injuries after the attacks, later said she was compelled to lie to them about their injuries, and to tell them they were simply hallucinations.

This is what the Air Force always asked me to say. It did not happen any kind of mass hysteria or visual hallucinations.

But nobody can have the same delirium, the same visual, sonic and synthetic hallucination at the same time and in different places.

She also claims to have seen a UFO herself, adding:

I could see the UFOs bright metal and it wasn’t a dish like object, but much more like a cone or a cylinder.

Captain Uyrangê Bolivar Soares Nogueira de Hollanda Lima, the commander of the operation, gave an interview in 1997, where he recounted how terrified his men were during their investigations.

He went on to reveal eyewitness statements which described residents waking up to beings wearing protective clothing shooting colored beams at their heads, as well as several officers reporting seeing strange lights emerging from and diving back into coastal waters around the area, leading some to assume this was the location of a UFO base.

Three months after giving the interview, Captain Hollanda was found dead in his home after he seemingly hung himself using the belt of his bathrobe.