Round Red Ball Hovering Over The Bay 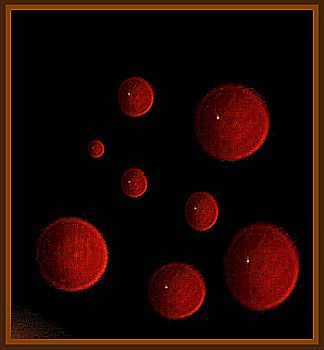 A friend and I were in Cuba looking out over the bay near Santiago de Cuba. We were in deck chairs and it was quite late at night. We were sober at this point and just talking.

We noticed a red light hovering over the bay and being that there was no point of reference, I could only guess at it’s size. I would say it was about 2' in diameter and maybe about 300' away? It was quite difficult to see sometimes and we would lose sight of it. It was there for close to 30 minutes I would say.

At first we thought that it was a car taillight but then realized that we were looking at the water and there were no cars out there.

If I had to compare it to something, I would say that it looked like the point that you would see from a laser pointer except 3D. We had some thoughts that perhaps it was a laser pointer from another planet that was probing and extracting information.

There isn’t much south of us in the Caribbean sea except for Jamaica, and this certainly wasn’t a boat as we would’ve seen other lights. Though it was about that height off of the water, maybe 10' to 20' or so.

We’re 99% sure that this was a UFO and now that I’ve seen something like that. I’ve noticed more red balls floating here and there but they’re never around long enough for me to notice.

Sometimes you notice them on country roads over the fields.