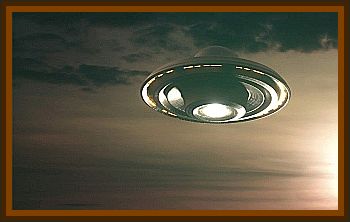 UFOs observed from Kirtland Air Force Base & Sandia Base, NM. Objects were silver in color, size approximately that of a dime at arm's length, left no trail or exhaust, had no effect on clouds, and there was no sound or odor detected.

Appeared more maneuverable than any known aircraft. The tactics used were similar to the change of positions during dog fights involving two airplanes. However, the way the objects changed position, there seemed to be no similarity to the maneuverability of a conventional plane.

Were very maneuverable, made right angle turns, also appeared to reverse, back up, the direction of flight. Another witness, whose name was deleted, viewed two small white objects 15 minutes later from the Sandia Ordnance Area. He said the objects were traveling about 600 miles an hour on an eastward course, while adding:

One made a complete circle around the other just prior to disappearing.

As the object sped in a southeast direction, the witnesses noticed that it was very maneuverable. Zigzag motion up and down. More maneuverable than jet aircraft. Sort of floated like piece of large paper in the air.