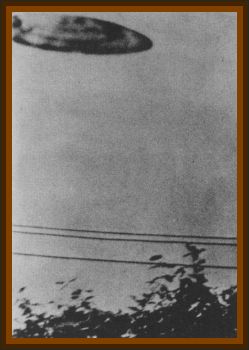 He tried to get a second shot but in his haste over cranked the camera and drew a blank negative. The boy claimed that the object hovered near his house for 30 seconds. The photo was published in the newspaper.

Ufologists have found similarities with a picture taken by a photographer, Ed Keffel, of the Brazilian publication O Cruziero, while he was accompanied by a journalist, Joao Martins, near Rio de Janeiro in May, 1952.