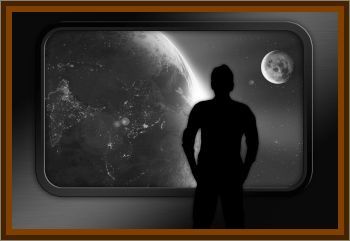 According to a report in the December 1957 edition of British Columbia’s Prince George Citizen newspaper, an American soldier, while stationed in Salzburg, Austria, in the summer of 1951, was alleged to have been abducted by aliens, largely before such a phenomenon was widespread and part of human culture.

The anonymous soldier worked as a driver and had just finished for the evening. He was making his way home at a little after 11:00 p.m. and decided to take a shortcut through some abandoned brush.

As he did so, he saw a dark humanoid shape head toward him out of nowhere. The figure pointed an unseen device at the soldier, which paralyzed him immediately. The entity then fixed a strange black patch to his torso and, with the device, managed to control the soldier’s movements. It “dragged” him to a waiting craft as if with an invisible rope.

The soldier would claim to have been taken to a transparent room inside the ship, which then took off into space. He described the creature as about 5' tall, pale-skinned, and completely bald.

Perhaps the most unusual aspect, though, were the eyes, which the witness likened to that of a fly and said were eyes within eyes. The soldier claimed the ship landed on a paradise-like planet, which he said might have been Mars. He was then flown back to Earth and taken to the spot of his abduction.

According to the newspaper article, the investigator who took the soldier’s account tried several times to lead the soldier into revealing his story to be false, but all attempts to trip him up failed.