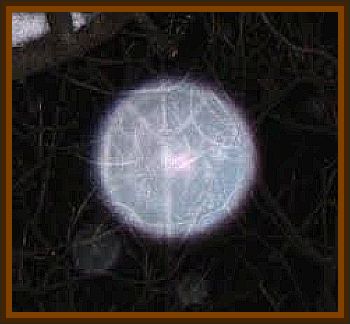 On that chilly, teenagers John Flaxton, Mervyn Hutchinson & 2 other friends were walking home from a party on Sandling Road in the county of Kent when they saw a silent, glowing, orb descending from the heavens.

The small, self illuminated object, hovered above a field and then settled into the shadow infested foliage of the woods at Sandling Park.

While the teens were still reeling from this astonishing sight, something even more inconceivable would soon grab their attention. Moments after the extraordinary craft landed behind the trees, the teens noticed a shaking in the brush and what emerged was one of the most unique creatures ever to be chronicled in ufology. The 4 shocked eyewitnesses claimed that they saw a shambling, quasi humanoid figure emerge from the woods and waddle towards them. The beast apparently looked like a headless bat with large webbed feet and wings protruding from its back. In Hutchinson’s own words:

It didn’t seem to have any head. There were huge wings on its back… like bat wings.

The group, understandably overwhelmed with fear, rushed away from the freakish bat thing and made their way to the nearest police station, where they related their tale to, what one must assume were, highly skeptical officers.

Within weeks other eyewitnesses came forth to claim that they too had seen the UFO on that fateful eve. John McGoldrick even claimed that he and a companion had discovered no less than three, 2' long footprints in the area where the bat beast was seen.

When reporters descended onto the scene they claimed that the thicket was bathed in an eerie and inexplicable glow, which continued for some days before subsiding.