Where Does Time Go? 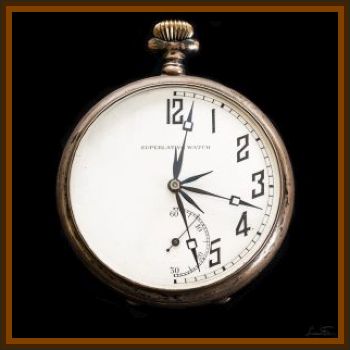 I am not exactly sure when this took place, but I was told it was clear and warm so I suspect it was Spring or Summer and it was in 1949.

This sighting included my parents, my older brother Bob and myself.

I was only 2½ and I do not recall anything. My dad and mom have different stories, so I will tell this like it was told to me.

It was about 9:00 p.m. and we had just left my grandmother’s about 5 miles from our home. It is about a 20 minute drive.

Dad had the habit of driving up to South Commercial Street about 2 miles from grandmothers, and he and mom go by and would watch the Color TV in the TV shop before coming home, which they did occasionally and stayed about 15 minutes and then drive home. This was a very sparsely populated, undeveloped area of town.

The UFO showed up out of nowhere and it was cigar shaped, it was silver colored and had red lighted round windows and he could see figures moving around inside but did not see any people.

Then, he said if he slowed down, it would slow down and if he sped up, it would also speed up.

It did not make a sound. He said it paced him on his drive home. That’s where dad’s memory ends.

No, it was on Market Street northeast, this would be between 10 and 12 miles distance from dad’s sighting, we were heading down Market Street, near Swegle Grade School and Birchwood Drive about 6 blocks from home and the UFO appeared and it was near the Goose House. This was a house where they raised geese and had a very distinctive odor.

Did you get out of the car?

In an almost terrorized voice.

Yes we did and we watched it go over and it almost hit the roof on the Goose House.

Then mom said she did not recall anything more till they were turning in the driveway at home.

Dad went in and called the local airport and was told that they were closed, but he talked to the man anyway telling him what happened, and the agent said they had also seen it and it went over so fast and without a sound and there was nothing around that could track it or follow it.

It was shortly after that time that I begin to react to low sound and vibration. My family tells me that I would hear a train go by or vacuum running or even water going down a drain and I would cover my ears and scream. My aunt recalls that I would be playing and then all the sudden become stock still and then slowly turn my head as if I were tracking a sound that only I could hear.

I am not sure what happened that night, but I do know that when I was old enough to recall things, between 6 and 11 years of age, we would pass a building on the way to my grandmothers and I would sit on the floor of the car,put my back firmly against the locked car door and bite my arm to keep from screaming from pure terror.

In later years I went back and looked at the building, still there and it was/is a car parts store with radiator hoses, looking in the windows at night it was dimly lit with curved archways over long dark hallways with lots of dangling tubes hanging down could this have triggered a memory from that night?

As I said, I do not have any conscious memories of the event, Mom has 2 deep red marks about the size of a small pea about ½” above and below her naval and she has deep dimples from scoop marks on front of both upper thighs and she has 6 small brown smooth dots on the skin about the size of match heads on her back, forming 2 separate triangles which one over the other form one diamond and they have been there since that night.

She said the craft almost hit one of the houses as it was so low, it was cigar shaped and had portals and no visible form of engine, fire, but the portals had light behind them.

It paced their car, speeding up when he did and slowing down when he did. We pieced together there was about a 2 hour missing time for this event.

Dad said it was in one area of Salem, and mom saw it in another, about 10+ miles different in location. Mom said they stopped the car and got out and looked at it, dad said, noticeably scared:

No we did not. And he would not talk about it any more, he died shortly after that.

Mom always wondered about this one and still brings it up from time to time. She is now 83. None of her body marks were there before that night.

My brother has no recall of that evening at all, he was about 5 years old.

He still lives in Oregon as well. Since he has no memory of the incident it did not make much of an impact in his life, as far as we can tell.

Dad was about 24 years old. Worked in a cannery as well as sold real estate.

Dad was always open minded, but I have to say he did not like talking about this event.

Mom was 25 and was home during the day, with my brother and myself to take care of she has always wondered what happened that night and even at her current age of 83 she still has questions and wonders about the marks