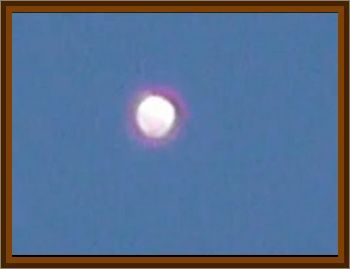 Between 1968 and 1970 my father was stationed at Sabana Seca, Puerto Rico, as a naval intelligence officer.

One summer afternoon, a friend and I were walking across an open field on the naval base when an egg shaped object flew so low to us that we hit the dirt. Lying on our bellies we watched as this glowing white object flew silently over us and on over the nearby mountains.

I am sorry that I cannot remember the exact date this occurred, but the memory has haunted me since. I was only 13 or 14 years old at the time and had never considered the possibility of UFOs existing.

This is the first time I have officially reported the incident.

When I asked my father about the incident, all he would say is:

You are not crazy.