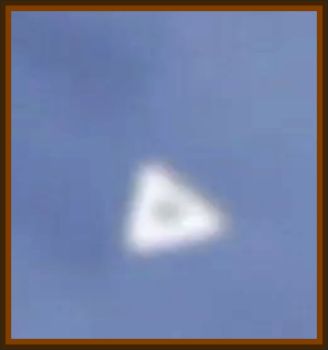 I would say the craft huvered 150' off the ground, about 3 telephone poles height.

Color was dark like blueing on a gun. The light under the back was as wide as the hull's width, the light went around, or wrapped up, the back of the hull, or transom.

The light was as bright as, or glowed as, 100 Colemen gas lantern.

Not a sound as it fluw off slow, no wings, no rotors, no balloons, no sound.

Yes it did have a aura or haze around it, almost an alumnation.

It was flat on it's top and flat on it's bottom. But the cockpit glass, was much like a fighter jet from the late 1950s.

I know what I saw was real, but who made it?

My background, I'm a nobody, just a guy liveing in Vermont, a home lathe machinists. And I do believe.