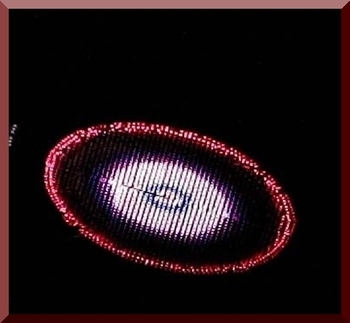 All lights where stationary but gave a spinning impression. Blue ball moved one way and just underneath the larger vertical, rectangular, alternating and opposite moving lights.

All lights went around the entire craft, a good guess. There were also small oval windows, like a commercial passenger plane, spaced appart like a plane and being positioned just above the light zone.this object hovered low to the ground approximately three stories above ground and the size was about two city bus lengths it followed our straight street and continued straight never speeding up never changing course. I watched it up close up until it was a faint distant point. I pinched myself to some how prove this happened,and thought to myself don't ever have doubts that you really saw this!

I knew it was not from earth it was metallic and definitely too futuristic at the time and even today.