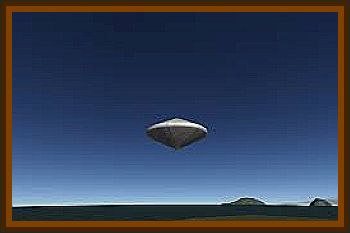 The one I saw was quite different.

It is funny, at that time in my life I was really searching for answers and I was only communicating with the most intelligent people I could find. I thought I had all the answers to life from start to finish. My roommate had his master’s degree and was totally a non believer in my UFO’s. I talked with him about what I had seen and shared my beliefs with him,

He thought I was crazy but I told him that one day he would see one and that he would think of me when he did.

Well he and I were going to the airport on base to get something to eat and I spotted a UFO and pulled my car off the road and watched it as it went overhead. I asked him if it was a weather balloon. No. Was it a helicopter? No. Was it a jet? No. There was no mistaken it for anything other than a UFO.

It was moving from the south like from Africa to the north. Very high in the sky, like miles up..Clear night sky no clouds. I didn’t hear any sound from it. And it was moving north as fast as a jet but in a Z pattern the whole way. It would go from East to West the whole time we watched till it was out of range.

Mostly flat lands and I would say that it was moving 40 miles from East to West in seconds making this Z pattern about 20 times and moving North at the speed of a jet or faster. I am saying that if it had of been moving in a straight line I am not sure that we would of even seen it because it was moving so fast. We saw it for about 1 minute maybe little longer. When it was at the East and West it never slowed down to change direction it was very sharp like movement, always moving towards the North. Seen no flashing lights just a bright single craft.