I will Never Forget This Sighting 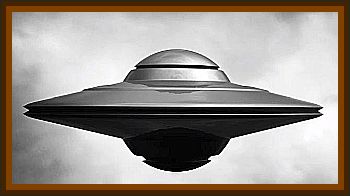 How can I ever forget this day.

It was a beautiful calm day. Being I just shortly got my Driving permit at age 15, My Father told me to use the family Car a 1956 Pontiac to drive home a employee of his. He lived below the hill in Roscoe, MN.

Just minutes away from his Business. I drove, with passenger dads car, North from Roscoe about a mile for a joyride first.

This town is build on a wash out with a hill on both sides about a mile apart. This will brings you to a creek that runs under the road.

We were talking about being on our High School base ball team when school starts in September, That's when I saw the silver disk. It was so visible and close against the blue sky.

I started yelling at the passenger. Look at that silver saucer.

I then braked hard and pulled the car to the side of the road near the creek and parked. I kept the engine running and shifted in neutral. We both observed a disk/saucer to the North of where we were parked about a half mile away.

We observed the silver saucer/disk at first hovering about 250' above a farm to the N.W.

It made no sound, No lights or windows could be seen.

It then moved to the next farm a half mile away to the east and hovering over it for about a minute. It then crossed the road to the East, really got a good look at it being so close.

It hovered over a pasture.

Each time it stopped it was wobbling like it was having a hard time controlling itself.

It then moved over the pasture area slowly, stopped and Hovered and then started an upward diagonal assent. The acceleration then speeded up to and incredible 3 second to the cloud level and vanished.

We were terrified at the speed, not knowing what this was, where it went and if it was coming back to flank us. I turned the car around south and headed back to Roscoe as fast as dads 389 Pontiac car would go. I drove back to his business. Both of us running in telling what we just experienced.

Dad and several customers then armed themselves, went out side and saw nothing.

Several other sighting were reported that month in that county and area.

Later that fall in 1964, a U.S Air force Radar team was dispatched to Regal, MN, just 18 miles away. The Radar team was set up with 4 railroad cars with radar equipment and living Quarters.

Some of these Air force personal during their off duty time would patronize my dad's night club business on Saturday night with their Air Force uniforms on. I had to work those nights.

Seeing the uniform, I ask what they were up to in Regal, MN. They responded it was Top Secret.

After 6 months or so I got to know one of the Air force personal quite well as their deployment was coming to an end. He told me that the reason they were dispatched was because of all the UFO sighting seen on radar in our area. He said, the mission was that an early warning detection system was deployed if the Soviet Union launched a missile, that's what they told the Paynesville press but we were looking for UFO's mostly because this is a hot spot he stated.