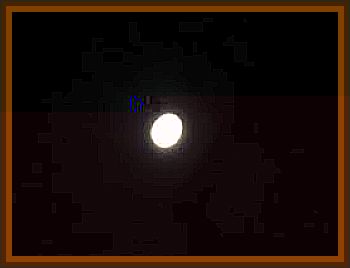 I was rowing a boat for a fly angler on Rooskey lake. I work there and we were fishing for trout in the late evening sedge hatch.

Fishing was good and we had 6 trout. As the angle was fishing a movement in the sky caught my eye. It was twilight and there was a bright star or two showing. Initially it looked as if a bright star was moving about the sky erratically up, down and sideways while falling but coming towards us.

As this would be impossible I was perplexed. I asked the angler to look up.

My goodness what is that?

Exactly I said. It doesn’t make sense. The object was getting bigger. It was very bright with clean white light like a star only bigger. It was a bright ball of light.

Its moving at great speed the angler commented. It soon slowed down when it got close to us and then changed direction. It moved sideways at great speed. It moved erratically with sudden changes of direction and height. There was no noise what so ever. Nothing could move as suddenly as that when it jumps I said, a plane doing that would disintegrate. The passengers would be out through the roof said the angler. I could not believe what I was seeing. It was a ball of very bright light. It started to move away from us towards the mountains. It did not matter whether it was moving towards us, sideways or away its shape and brightness never changed. It moved along under cloud level under several clouds. It then moved away from us and gathered great speed.

It rose in the sky as it moved away and covered a vast distance in a very short time and disappeared into infinity.. We both realized it was a UFO.