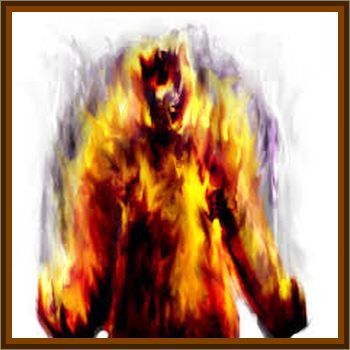 Doris Muthwa and her 12 year old daughter made a report of a strange sighting.

As they were drawing water from the river, Doris noticed what looked like a man in a white suit, who was smoking a cigarette.

As she looked a little longer, she noticed a strange blue pink light coming out of the man’s chest. Furthermore, the smoke grew and grew until it was like a big fire.

Both amazed by the scene unfolding before them.

Doris, and her daughter watched as the figure then began to rise from the ground.

Doris would later estimate the man to be around 11' tall, and after steadily hovering above the ground, he shot into the sky, vanishing in an instant.

The pair reported feeling a sensation akin to receiving an electric shock run throughout their bodies during the encounter, leading investigators to suggest some kind of electronic wave technology.

5 days earlier, on August 16 in the same area, Elias Khosa reported seeing a monster with small flames burning around its feet. It, too would speed away in a flash of flames and smoke.