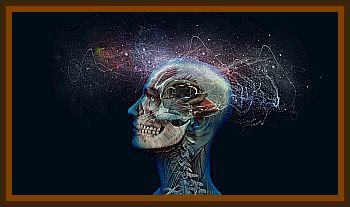 Antonio F., born on October 16, 1942, resident of Rimini, at about 11:30 p.m., awaited the broadcasting of a boxing games on the television when he heard his dog bark in a particularly insistent manner. The evening, particularly cold, was dominated by fog and a tight and continuous drizzle. The dog, a Maremme shepherd of giant race, was rather aggressive and barked in different manner depending whether it confronted a man or an animal.

That night, around 11:25 p.m., it barked furiously as if it were in the presence of a person. Antonio F. thus thought that it was about some petty thief and went to the window to look in direction of the entry gate. At 120' from there, he saw a completely unusual dazzling light. He first thought it was the headlights of an accidented car; but being given the position and the fact that the road in front of the house was straight, he had to change his mind. What surprised him more was the type of emitted light, which extended on 45 square feet and was in small parts, completely segmented. Its prevalent color was orange but it gleamed and varied from orange to purple then silver.

He thus yelled at his relatives:

Come here, there is a UFO. Pronouncing these words, he looked towards the inside of the house and when he looked outside again, everything was gone.

His wife, her mother and his sister had arrived just in time to very briefly see the light but all had then fallen out in the darkness, drizzle and fog. He went back to watch TV, still hearing the dog barking furiously and in an insistent manner.

In alarm, he remained slightly apprehensive because he continued to think that there was somebody malevolent outside. The times were particularly difficult politically, his extremist right wing ideas and his bodyguard occupation gave him continual fears for his life and the lives of his relatives.

Thus, slightly anxious, he walked towards the entry, he opened the door while having the light out, and took a flashlight. He stared from the door, came out, looked in front of him towards the gate, without making a connection with the strange light which he had seen one moment earlier.

Suddenly, he heard on his left a rustle sound coming from wild grasses of the nearby field. He instinctively lit the flashlight and pointed it at the area from where he had heard the noise coming. At approximately 20', he saw 2 chaps, one much taller than the other, 4' for the first and approximately 4½' for the second. They were creatures of an extremely thin and long aspect, they had an oval head, broader in the higher part, posed on a particularly thin neck. These beings made him think of the women painter Modigliani used to paint, or as he noticed later from a documentary, the little man of Roswell.

The eyes were large, big, almond shaped,broader towards the outside and thinner towards the center of the head. The body was covered with a very tight fitting outfit of gray color.

What struck him the most was their broad belt, of approximately 2", decorated of a rectangular silver plated buckle which measured 2" by 6", which shone very intensely. He could not establish if this shining were due to an internal source of light or due to the reflection of his own flashlight.

He looked at them and they looked at him, there was perplexity and surprise on both sides. Taken in the light, the beings remained motionless and amazed during a split second then, when the witness called his family by shouting:

Come see this! Come see this., they disappeared with a gentle rustle. He went back home. The next day he went to the place where he had seen the strange segmented light and found on the naked ground, freshly plowed, a burned zone of circular form of approximately 4' of radius. He then walked towards the left part of the dwelling and there he understood why the humanoids had appeared to him with so different sizes, one of them had been on a small bump of the ground and the other in a hole. The rustle which he had heard was probably due to wild grasses which were there, he noted that it had been disturbed.

That night, Antonio F, who described himself as not easily impressionable person, had not fallen asleep before the dog stopped barking in such furious and violent manner. He ensured that he had felt no fear when seeing these creatures but on the contrary had been pleased by what happened to him.