This Wasn't A India Rubber Balloon 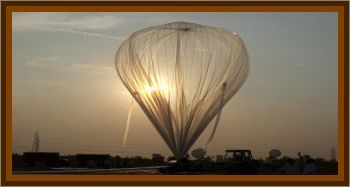 Location: Near Lake Oswego, OR

An acquaintance related the following account of a strange phenomenon, witnessed by himself, and several other persons.

Last Sunday evening, at the residence of Mr. Rhodes, 2 miles east of Oswego, Mr. Rhodes and family, wife and & children, and a Mr. Derr, wife, & child, occupy the house, and our informant, with his sister, was spending the night there when the occurrence took place.

The strange appearance was seen in the orchard adjoining which the house stands. It was at first thought to be one of the India rubber balloons which we have often seen in our streets, with a brilliant light inside, by which the ball was illuminated, showing all the colors in distinct rings.

This ball of light moved around, sometimes in one direction, and then again another, sometimes ascending higher than the tops of the surrounding fir trees, and then coming to the ground again. Two or three times it changed its form and instead of being round and variegated in color, it suddenly took the shape of a fiery brilliant star.

Two or three times it disappeared as if going into the ground, reappearing again in a moment at exactly the same spot. While the entire party stood gazing at it, Mr. Rhodes related to our informant, of a former occurrence exactly like it, only a few months ago, and stated that when it then appeared, a huge panther or an animal of that species, happened to be in the orchard, and that when the ball of light came near it the animal uttered the most unearthly screams of fright, and ran away.

Mr. Rhodes had hardly completed the narration of these circumstances when the light began to approach the house. When it had come finally within a few feet, a large animal let out with a terrific roar near the corner of the house and sprang away, just in front of the party and disappeared.

The entire party, though they had not before manifested anything more, than curiosity were of course greatly startled by this ran and rushed recklessly into the house nearly carrying the door off its hinges. Just as it had done on the former occasion, the ball of light then made a circuit of the house and taking a straight hue ascending gradually, it disappeared in the distance.