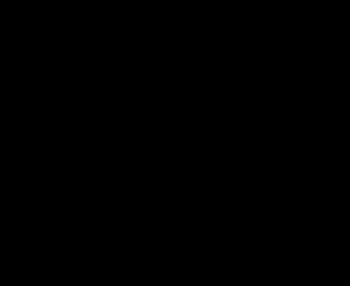 If you’re looking for something to be thankful for this Thanksgiving, in the America, how about showing some gratitude you’ve never been tricked by a shape shifting reptilian alien who turned into your spouse and attempted to have sex with you.

If you are preacher Sharon Gilbert, you’re probably more used to leading the Thanksgiving prayer than the object of one, but that’s her story and she stuck with it during a television interview about her alleged encounters with a reptilian alien.

After Derek and I got married this other Derek appears in our bed. The real Derek is lying down next to me, other Derek sits right up out of him. It startled me. I knew that was not Derek and so I asked this critter, who are you?

Because he clearly wanted to have sexual relations.

I am your husband.

Thus began the tale of Sharon Gilbert’s encounter with a reptilian who had shapeshifted into her husband Derek, as told on a recent episode of the Jim Bakker Show, yes, that Jim Bakker.

Sharon and Derek Gilbert are End Times preachers and the hosts of SciFriday, a TV show billed as Science news from a Christian worldview.

Sharon is the author of a supernatural fiction series and a couple of novels, so it’s a safe bet she’s aware of reptilians and their alleged powers.

She also knows her bible stories and immediately questioned when the faux Derek claimed to be Xerses from various books of the Hebrew bible.

However, it was a subsequent encounter, she apparently had many like the first, that convinced her she was dealing with a reptilian, she reached over and grabbed his/its face.

And I pulled that face off. And beneath it was a reptile.

Little creatures with him this time, these little halfling creatures and they looked like gargoyles, they were reptilian as well.

So beneath that face of Derek was a reptilian serpentine creature, probably similar to what visited the Anasazi.

Sharon Gilbert definitely knows her reptilian lore. The Anasazi were an ancient Native American culture that lived for 1,000 years in the Four Corners region of the United States, until they abruptly and somewhat mysteriously abandoned the area. Why they left is still debated, but Gilbert is referring to the theory that they worshiped a reptilian god and were kidnapped and taken to the Moon by a reptilian, a legend which inspired an episode of The X-Files.

Which do you prefer — me or Derek?

There are also those who think she’s taking advantage of the gullible for the purpose of marketing her books and services, and those of her husband, and appearing on TV certainly doesn’t help ward off those accusations.

Leaving out the religious bias and conspiracy theory aspects of Sharon Gilbert’s story, can you/do you believe any of the rest?

It’s too bad she didn’t keep the reptilian’s face.