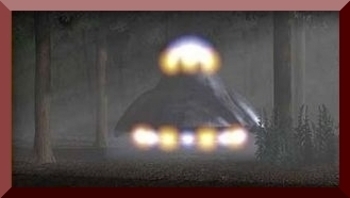 Claim: In late December 1980, while serving as deputy base commander at Bentwaters Air Base in southern England, Halt witnessed and investigated several anomalous objects in the skies over the Rendelsham Forest, which separates the American installation from its twin Royal Air Force base, Woodbridge. The sightings occurred on two separate nights during the week after Christmas. Two weeks later, Halt sent a report about the strange encounters to the British Ministry of Defense.

Background: Career Air Force officer, Halt served in Vietnam and on various bases before arriving at Bentwaters in 1980. He was promoted to base commander in 1984. Halt later served as base commander at Kunsan Air Base, Korea, and as director of the inspections directorate for the Department of Defense inspector general. He retired in 1991. Halt is the first USAF officer since Project Blue Book ended to have filed a memo on unidentified flying objects and gone public with the details.

The Story: I walked into police headquarters and the desk sergeant started to laugh. He said a couple of the guys had been out chasing UFOs. Nothing, however, was in the blotter. I told him to put it in.

When our base commander came in, we both chuckled. Neither of us believed in UFOs, but we did decide to look into it. Before we had the chance, two nights later, the duty flight commander for the security police unit rushed in to a belated Christmas party white as a sheet. `The UFO is back,’ he said.

I was asked to investigate. I changed into a utility uniform, then headed out in a jeep to the edge of the forest. About a dozen of our men were already there. Our light-alls, large gas powered lights, wouldn’t work, and there was so much static and constant interference on our radios that we had to set up a relay. There was increasing commotion. I was determined to show them this was nonsense.

I took half a dozen of the men and headed into the woods on foot to a clearing where the initial incident had supposedly taken place. We found three distinct indentations in the ground equidistant apart and pressed well into the sandy soil. They were supposedly caused by the object seen two nights before, but I didn’t see anything sitting there that night. Neither did anybody else there.

Inside the triangular area formed by the indentations, one of the men got slightly higher readings on the Geiger counter than he did outside. He photographed the area, and I took a soil sample. Meanwhile, I recorded this activity on my microcassette recorder.

We knew the Orford Ness lighthouse beacon beamed from the southeast. All of a sudden, directly to the east, we saw an unusual red, sunlike light oval shaped, glowing, with a black center 10' to 15' off the ground, moving through the trees. Beyond the clearing was a barbed-wire fence, farmer’s field, house, and barn. The animals were making a lot of noise.

We ran toward the light up to the fence. It shot over the field and then moved in a 20° to 30° horizontal arc. Strangely, it appeared to be dripping what looked like molten steel out of a crucible, as if gravity were somehow pulling it down. Suddenly, it exploded, not a loud bang, just booompf, and broke into five white objects that scattered in the sky. Everything except our radios seemed to return to normal.

We went to the end of the farmer’s property to get a different perspective. In the north, maybe 20 degrees off the horizon, we saw three white objects elliptical, like a quarter moon but a little larger with blue, green, and red lights on them, making sharp, angular movements. The objects eventually turned from elliptical to round.

I called the command post, asked them to call Eastern Radar, responsible for air defense of that sector. Twice they reported that they didn’t see anything.

Suddenly, from the south, a different glowing object moved toward us at a high rate of speed, came within several hundred feet, and then stopped. A pencillike beam, six to eight inches in diameter, shot from this thing right down by our feet. Seconds later, the object rose and disappeared.

The objects in the north were still dancing in the sky. After an hour or so, I finally made the call to go in. We left those things out there.

The film turned out to be fogged; nothing came out. But a staff sergeant later made plaster castings of the indentations, and I had the soil sample.

Around New Year’s Eve, I took statements and interviewed the men who had taken part in the initial incident. The reports were nearly identical.

Basically, they reported this: In the early morning hours of December 26, one of the airmen drove to the back gate at Woodbridge on a routine security check. He saw lights in the forest, specifically a red light, and thought maybe an airplane had crashed. He radioed a report, which was called into the tower, but the tower reported nobody was flying.

Eventually, a group headed out to the forest. They reported strange noises--animals, movement, like we heard two nights later.

As they approached the clearing, they reported seeing a large yellowish-white light with a blinking red light on the upper center portion and a steady blue light emanating from underneath. The tower again reported nothing on radar.

A few of the men moved to within 20 or 30 feet. Each said the same thing independently, a triangular shaped metallic object, about 9' across the base, 6' high, appeared to be sitting on a tripod. They split up, walked around the craft. One of the men apparently tried to get on the craft, but, they said, it levitated up.

All three of the guys hit the ground as the craft moved quickly in a zigzagging manner through the woods toward the field, hitting some trees on the way. They got up and approached again, but the object rose up, and then it disappeared at great speed.

Finally, on January 13, 1981, I wrote a memo to the British Ministry of Defense. Despite my efforts, to my knowledge, no one from any intelligence or government agency ever came on base to investigate.

I have never sought the limelight, nor have I hidden. I stand to receive no financial benefit from this interview but consented because it’s time the truth came out. I don’t know what those objects were. I don’t know anybody who does. But something as yet unexplained happened out there.

In 1983, a copy of Halt’s memo to the British MOD was released through the Freedom of Information Act (FOIA). Shortly thereafter, a copy of the 18-minute audiotape of the investigation Halt conducted was given to a British UFOlogist by, Halt says, another Air Force officer. Both have made the rounds within the UFO community.

As a result, Halt says he has been harassed by UFOlogists and fanatics. While half a dozen men assisted Halt’s investigation and dozens of others were near the scene, only a handful of witnesses have come forward. At least one of them, Halt says, is spreading disinformation; consequently, media coverage has been inaccurate at best. For instance, he says, The stories about holographiclike aliens emerging from their craft are pure fiction.