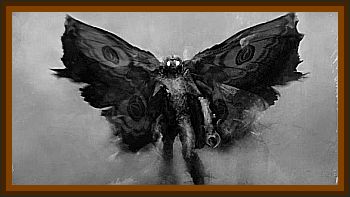 At a local farm called Dolores, a farm worker, Caridad Martinez reported seeing a strange winged humanoid descend from the sky and land on a plot a land near where she was working.

The strange winged figure approached Martinez and communicated with her in a strange language, which she could not understand, according to her, the only word she was able to make out was Tierra, Earth.

The strange humanoid was carrying on both hands a luminous object which apparently emitted a strange gaseous substance that made Martinez very dizzy and almost semi conscious.

She further described the stranger as having yellowish skin a round face, very tall in stature, over 7'. The humanoid had a silvery disk shaped plate which appeared to be attached to the stomach area. The most bizarre fact of the encounter was the huge pair of wings which the humanoid had attached to its shoulders that hung down to the waist area.

Using these same wings the strange creature rose back up into the sky and disappeared from sight.