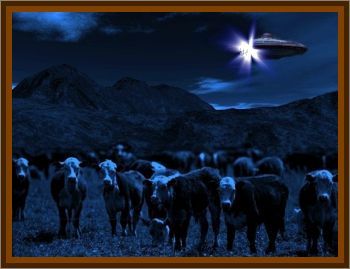 During a rain storm, a UFO provoked an immense hole in an old tree that was going miles deep down on earth, animals stayed petrified around the area of the incident and the nearest city Salto had a big black out for hours. The Uruguayan Army took control over the situation at the next day and NASA investigators stayed in the Ranch. For several years UFO sightings were reported after that night till 1982.

There are also commonly known in the area the 2 private visits made by Neil Armstrong to the Ranch.

There isn't any official report or evidence of this visits except for local press photographs or any other paranormal activity. Even La Aurora Ranch, located in the Uruguayan wilderness, is still private property, though nowadays is visited by people from all over the World seeking peace and healing, so there are certain parts open to public where a statue and sanctuary dedicated to Saint Padre Pio of Pietralcina is located.