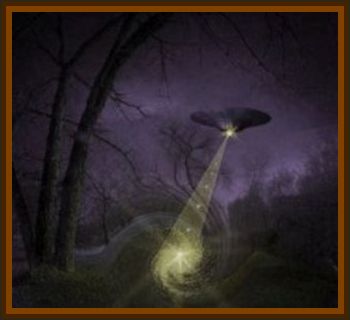 At first, I believed them to be a plane, but as I drove closer I realized that the lights were circling.

The object was triangular with one red and one green light in the rear and one white light/spotlight in the front.

It circled over a farming area multiple times while I was driving through the area. The object was completely silent and after I stopped my car to watch it further, as it passed above me it shone its spotlight in my car.

I felt very scared and called my boyfriend and had him talk to me while parked, and as I was driving home. He recorded our phone conversation as I was describing what I saw.

I was frightened after the light shone into my car and drove away while on the phone. I looked in my rearview mirrors but could no longer see the object.

This is when the object was closest to me and I could make out the triangular shape nearly directly above me.

This is when the object shone its light in my car. The light was directed at my car and then moved past it as the object passed over me.