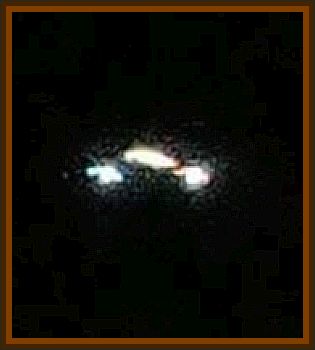 I was 17 when this took place. Me and my girlfriend at the time were laying in her back yard at around 11:30 p.m.

I was getting ready to leave and go home and she then ask what is that and pointed at something in the sky.

I looked up and saw nothing at first but then i started to notice that stars were dispersing and coming back, that is when i realized that there was a object in the sky that was in the shape of a triangle and had lights around the sides of it.

There were maybe ten lights I’m not sure of the number. I have always thought what it could have been and I assumed that it was a military jet but it made no sound and there is not a army airplane base any were close to me so as far as I know it was a UFO.

But after that my ex girlfriend starting saying that she didn’t see anything that night she was acting as though she was scared of something that is really what caught my attention the most.