UFO Was Observed On Radar 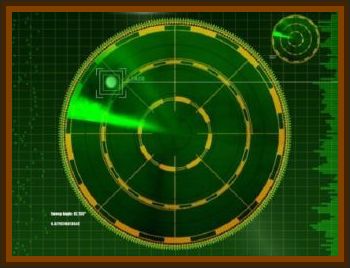 It was observed for at least 30 minutes. Object appeared to orbit which extended from 10 miles from the Cape to a position approximately 55 miles from Cape Canaveral and the orbit was at all times on an azimuth of 125ºs to 127ºs southeast of Cape Canaveral.

Speeds were between 150 to 600 knots. A C-54 aircraft was vectored to within 2½ miles of the contact, but saw nothing. The investigating officer was of the opinion that this UFO was an enemy aircraft of the U-2 type which was observing Polaris test operations with a continuing knowledge of the missile launch status.

One observer stated the action of the UFO indicated a current knowledge of the missile launch countdown in that the UFO would retwine, beyond the range of the radar scope during the periods of hold and would return when the count was resumed. Radar observers stated the UFO remained in a hovering position or in an extremely tight circle for several seconds periodically.

At other times the UFO speed was approximately that of a C-54 aircraft which was being tracked on the same screen, and at other times the speed was similar to that of the RCAF CF-100 jet, approximately 400 knots, which was also being tracked on the same radar screen. Upon final departure of the UFO it attained a speed estimated by the radar observer to be 600 mph.

This was part of a message drafted by Major, later Colonel, Robert Friend:

Recently there have been several radar sightings of unidentified flying objects at Cape Canaveral during the preparation and launching of test missiles.

Several years earlier a letter from a CSI-NY member who later joined the Air Force and was stationed as a radar operator indicated a number of unknown contacts there which were not considered important or reported.