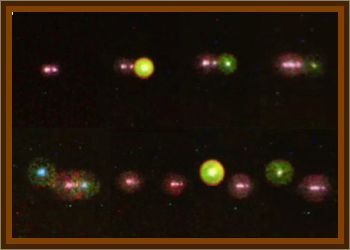 My self and two friends were looking at a white light approximately ½ mile away across a valley. From the way it was going on and off, we thought it was someone walking through the trees with a flashlight. Then the light became steady and started rising into the sky. It then began moving quickly to the northeast. Suddenly it stopped as if it had hit a wall.

After a short time the light changed to red and the object appeared to double in speed. Within a few seconds it was out of sight. When it passed by we were approximately ¼ mile away, yet we did not hear a sound.