Being Spotted On Naval Air Station 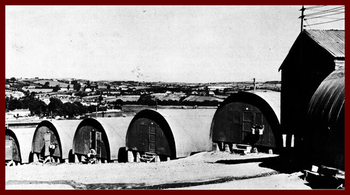 What I saw was not a craft. It was a being. It was a Wednesday night approximately 10:15 p.m. and I was working as a waiter at the Quonsett Point Naval Air Station Officers Club.

We had just closed an outdoor steak cookout and were cleaning up. The area was about 1/3rd the size of a football field with high strong ball field type lights on poles and other lighting on the building facing the yard. The yard was bordered on two sides by high underbrush like bamboo, reeds or canes and the area behind that was marshy the building on the third side and the pool on the last.

I was returning to the area from inside to bring more things into the kitchen. The doorway was on a slight rise, one level, above the picnic area so visibity was not blocked. I saw this being walking away from the eating area at a moderate speed, no rush, pause a little before entering the reeds look over the shoulder at the area and in my direction the immediately enter the reeds.

I do not know if I was seen, as I was standing still and above the level plain with lights at my back. I had been away from the picnic area 5 or 10 minutes before going back outside. I had made several trips in and out. As someone else had been working with me off and on I looked to see if they had come out and seen the same thing. I was alone.

The being was about 5' to 5½' tall thin, but not skinny and did not have an oversized head. Because of the lighting and location I did not notice any coloring. Everything was pale grey or dull silver. It appeared to have a one piece suit of clothing with no cuffs, pockets or closures. No helmet or head covering. The face was very human and I did not notice any head hair. It was not carring anything or holding anything. It showed no surprise when it looked in my direction. Just one look back over the shoulder, and he went into the brush.

I did not mention this to anyone at the time as I didn't want anyone to think I was looney. I checked local newspapers and other media over the next few days to see if anyone else reported anything or there were any reports.

I had recently been sworn into the Air Force as a Second Lieutenant, and was waiting assignment in November 1971. I did not want to jeopardize my future as a pilot with some big investigation.

Some years later I found out the area behind the marsh also contained ammo bunkers and the Nuclear weapon bunker. I have never seen any reports of something happening at this time in this area and have told very few about it. The whole thing is still very vivid in my mind.