Large Circle Of Light And Beam 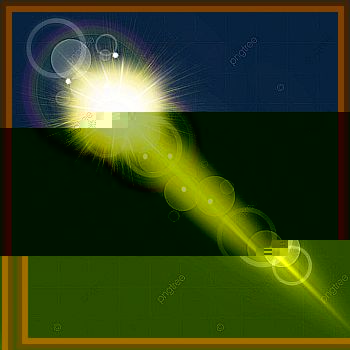 About 2 years ago in Quesnel in the Red Bluff area, I believe it was early fall/late summer about 9:30 p.m. a friend and I were driving along when we noticed these lights in the sky.

It was a large circle of light, several hundred feet in diameter, with about 8 smaller circles all perfectly the same size, each probably about ⅒ the size of the large center circle, that rotated around the large center circular light, and would change direction every so often. It was in the sky for at least an hour. We weren’t the only one’s who saw it.

There were people all over the neighborhood standing at the end of their driveways watching it.

Anyway, we drove around trying to find the source until we finally saw a beam of light coming up from the forest way in the distance. Once we saw this, we thought for sure someone was just messing around with laser lights. I never did see anything in the newspaper about it and was wondering if anyone else ever reported it or found out if it was actually someone just playing with lights.

At the time, that’s what I thought, but after reading stories like the sighting at Shag Harbour, who knows? Maybe a downed UFO signaling for repairs/help. Haha, anyway, I was just wondering? I’m sure someone would have had to reported the lights being that so many people were watching them. Thanks for your time.