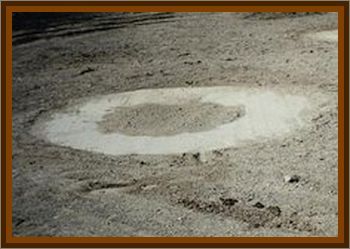 June Putnam was sitting alone reading in her living room, her drapes drawn, feeling snug and secure amid the reds and greens of Christmas décor. Her husband Ray had retired early, as he has been accustomed to do for the past year.

The sound of high pitched choral voices, like a chant, broke the deep silence.

June dropped her book, listened intently, Carolers, she thought. But she realized that it could not be, besides there was something different about the chant, it was too shrill, too monotonous, and almost mechanical.

June was tempted to draw back the drapes, but something urged her not to get near the window. She felt a chill, the chill of panic. Her husband by now had awakened and had come down to find out what the ruckus was, in that instant the chanting stopped.

Without further ado, her husband grabbed the phone and called the police. The police responded quickly, checked the house and the entire yard, and found nothing. A check with the neighbors confirmed that they had not heard anything.

Early in the morning June investigated outside the window that faced the front lawn. Aghast, she instantly found a half circle depression in the turf about 6' away from the window. The arc, about 25' long, ended at the outer branches of a large oak tree that stood about 6' from the driveway.

Something moderately heavy had pressed down the wintered grass evenly about two inches deep from end to end of the arc.