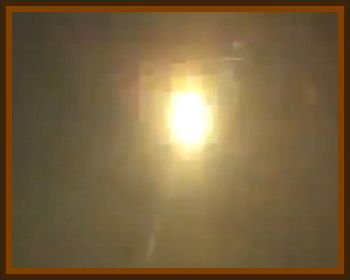 Truly cannot remember exact date but around 1964 through 1966.

During a period of about 1 or 2 weeks then many strange things where happening on the island.

Black outs, reported sightings and so on. We lived in a beachfront condo on Taft Street, Santurce P.R. Because of all the strange things happening around the island, a friend of mine and I slept on the rooftop of the condos 12th floor and at around midnight experienced a humming sound.

We jumped up and had a view of entire city, San Juan. We observed pie shaped slices of city going dark. We noticed a formation of 4 to 6 clusters comprised of about 6 each saucer like craft in a semi V formation going from East to West roughly at a 45° angle up in the sky. Would estimate distance out in the ocean around 2 to 5 miles and formation at about 2,000' to 3,000'.

Very visible, clear, breezy evening. Lots of stars but formation was very evident. Looking down the condo balcony, just about everyone in the building witnessed the event with people shouting to each other:

Are you seeing this or that?

Formation flew seemed slowly with luminiscent, undulating or pulsating shimmer to each craft.

Humming sound also was low & undulating. This was witnessed and then formation seemed to gain speed with sound undulation becomming more compressed and all craft increased angle of attack, like 75°, into heavens and sped off at tremendous speed. Seemed to vanish in seconds into space.

Numerous reports in the San Juan Star newspaper during this time period. No hoax.

Always left wondering why not more media attention paid to this formidable event.