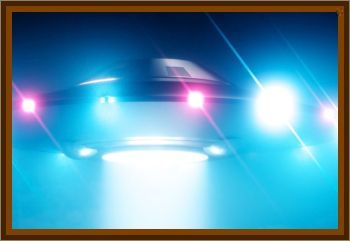 John M. Doe claimed that he had been in Pucusana to attend to business concerning one of his trucks which had gone off the highway and into the sand dunes. On his way back to Lima, he was six miles south of the city when he saw a disk shaped object hovering about 6½' off the ground.

He left his car and ran toward the object, but found it was considerably farther away than he had initially thought. The object appeared to be the color of the sand, only very shiny. When the man was a few yards from the object, three figures came out of it, he saw no door, but the figures did appear to emerge.

John’s description of the figures follows:

They didn’t have a defined form. They looked like three mummies. They had a profile of human beings, but the legs were joined. They did not have two legs, but one double leg, like twins. They had arms, but their hands consisted of a group of four fingers stuck together and a separate thumb. They had a sort of strange skin, a sort of towely, sandy colored skin.

John further noted that the creatures had no exterior features except a transparent area where the eyes on a human are placed, which had a bubble that moved about.

The important thing about this case is that the general physical characteristics of the entities closely match those of the Hickson-Parker incident, including the pincer like appendages, one leg, and the manner of moving about.