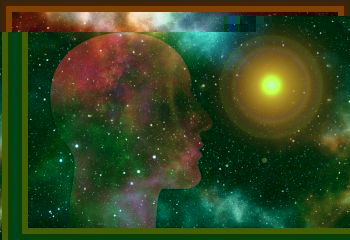 One of my more remarkable clients told me she was from another planet. I had been prepared for this possibility by a reading I gave someone 20 years before. I had assumed this talk about aliens visiting Earth came from the lunatic fringe until I channeled this early reading. After that I was more open minded.

I have worked in 2 psychiatric hospitals so I know what crazy looks like. The woman telling me she was an alien was not crazy. She set off no intuitive alarms.

I shook her hand, surprising her with my ready acceptance, and told her I was delighted to finally meet an alien.

She went on to tell me she was here to invent a medical device and bragged about her psychic abilities. Aliens are very psychic. The reason for her urge to get a reading had to do with her pride.

Her particular race is egotistical. My believing her instead of being blown away pricked her ego.

Maybe these primitive humans aren’t so primitive was her lesson.

I was to have this happen a few more times. I was not looking for aliens, in every case the client spontaneously told me they were from offplanet.

When a client comes in I cannot tell just by looking at them if they are an alien. Perhaps they were open with me because they sense I am sympathetic to their plight.

While the first woman I met was upfront about her origins in most cases the aliens are either uncertain about who they are or are tentative about admitting their suspicions.

I have talked with one other who was bold, even brash, having no doubt what he was. Some will have a human companion who helps them get along on this strange and unpleasant planet. Others don’t need help. In all cases they are here to help.

My experience with this client led me to begin psychically explore these other civilizations. The revelations were eye popping. We are under the protection of benign alien civilizations. They are here to help.

The particular civilization the woman is from occupies several planets. They have a special interest in health and have the technology to help. They have a long history with genetic manipulation in order to perfect their bodies and to repress their aggressive tendencies. You could say it’s their thing.

Aliens I have dealt with know they are not of this planet. They are invariably positive and respectful. Their technology is light years ahead of ours and they have solved the problem of faster than light travel. Their home planets have societies that are supportive of the individual. Their economies are cashless and communistic. There is no such thing as want, war, racism, or boredom. Technology has freed them from the necessity of work so they are able to dedicate themselves to what truly interests them.

I have spotted several aliens in the news. They have some things in common.

They are invariably strong family people. If they discuss their work they frame it in terms of helping people.

Profits or the company structure do not enter the conversation. They discuss how they can contribute to the greater whole, not who they are or what they have. They are creative coming up with completely new ideas or vastly improving current technology. They will sometimes give away their technology to help the society at large.

Nikola Tesla, the inventor who died in 1943, was an alien who revolutionized the electrical industry. His inventions were used by Westinghouse more than 100 years ago and are the mainstay of our modern electrical distribution system. Without his inventions it would be very difficult to distribute electricity over long distances because Edison’s designs were inadequate to the needs of modern society. Tesla was a brilliant eccentric who spoke 8 languages. In general he did not function well in society and did not try to profit from his inventions.

Newton is another early alien who passed in 1727. He was one of the pioneers preparing Earth for the Alien Invasion. His theoretical work revolutionized our view of the Universe. He invented the first practical reflecting telescope, determined the speed of sound, gave us calculus, discovered the color spectrum, and much more.

I once saw a young girl on television. She was 7. She had cured her father’s diabetes with diet. She had performed the necessary research herself. She was enthusiastic, self confident, assertive, and seemingly egoless as she discussed how she did it. She was an alien.

Aliens are everywhere. They are in Congress, the environmental movement, religious institutions, education. They are here to enhance our technological development, medicine, and our institutions. Their only purpose is to heal the planet and to save us from ourselves. They don’t always fit in and sometimes have problems functioning in our harsh culture. They are from civilizations that are very different from our. Their societies function on a much higher plane of service. Their sense of community is strong.

The environmental movement is especially important for them because the planet has been crippled by our heedless exploitation.

To an alien the planet is a living, intelligent organism. Consequently the reinvigorated environmental movement has permitted the planet to recover much that was lost by the 1970’s. Like all living entities Earth responds to love.