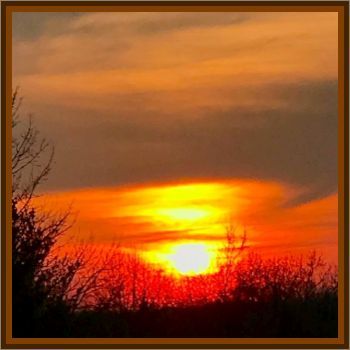 During military war games, I had the midnight watch. I woke up my relief at 03:30 a.m. and told him to come out and watch the sun rise. I can best describe it as a band of light that reached from the left to right horizon. It traveled across the sky until the entire sky was light. It was twilight - light enough to read by, but not daylight.

It took approxametly 15 minutes for the entire event. I have heard of a similar incident, on the History Channel, that had been reported by Christopher Columbus.