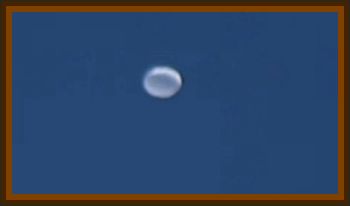 In front of her was a luminous disk shaped object. It simply hovered over a vacant patch of land.

Ann could see there was a row of square windows while on the objects upper half was a transparent dome. The main exterior of the craft was of a white luminous material. Emerging from the underside was a mist of green glowing vapor.

As she moved her focus back to the windows she noticed all of them were black. Except, for three consecutive ones. To her amazement, in each of these illuminated windows was a man. Two of them were facing towards Ann, while the other was sideways on. They appeared to don parka like coveralls and some type of headpiece. The two sides watched each other for about 5 minutes.

Then Ann saw the occupants manipulate what looked to be levers. In response, the craft suddenly took on a deep red glow. Then, it vanished at a breakneck speed.