While Camping One Night 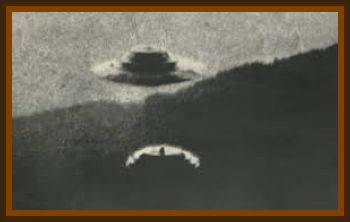 Wound up camping on private farm in Delaware after finding the beach full.

Surrounded by lake on one side and corn field on the other. A friend and I were sitting on picnic table under some trees right at dusk when we heard a slight whine noise.

mY friend asked what it was when we both looked up and discovered A craft right above the trees.

iT looked triangular with light at corners, and big.

It was moving slowly and we started running after it until we got to the edge of the lake. Then we just watched in awe as it slowly moved away.

While we were following it I kept saying:

It doesn't have any blinking lights, none.

That was stuck in my head the whole time because in my mind I thought it couldn't have been a plane.

When we turned around I expected to see the other campers to be there too, but to my shock nobody else was there.

Like they didn't see it or thought it was a plane or what, I don't know. I just remember being really surprised that no one else ran after this thing like we did. So we walked back to our site and sat and thought about it.

We decided to go out into the corn field, already harvested, and try to call it back using telepathy. We thought it could read our minds.

It just seemed that way. so I check the time, it's about 9:30 p.m. and we walk out there about deathbed3 mile or so and we are both facing towards our site, in the direction we saw it go.

We just stand there meditating on calling this thing back. neither one of said a word until we both turned around at the same time and looked off in the other direction. There was a tree line about a mile away with field in between the trees and us. just for an instant I looked down at my shoes or the ground and right then my friend says:

I looked up but did not see anything and said:

Then, a couple of seconds later, I saw it come over the tree line off in the distance. I couldn't believe it. I couldn't tell what it was, but it did look like the same craft and it seemed to be moving slowly.

My heart was pounding. I got really scared. I don't think I've ever been scared like that. Standing out in the middle of nowhere with this thing coming up to us. So it got close to us and it seemed like it slowed down until it got directly over our heads.

Then it moved past, and when it passed it showed this huge red light and I swear it did that for me to show me that it knew what I was thinking.

We got scared so we ran all the way back.

The car pulled in and didn't stop, they just left.

We thought they might have been following the craft, it sure looked that way.

From the time we went out in the field to the time we got back only about 30 minutes had gone by, maybe 40 minutes. But when I checked the time it was 1:30 a.m., that's over 3 hours. unaccouted for and both of us were shocked and scared.

We didn't get any sleep that night.

the next day, when we drove out of there we noticed the name of this area is called Thomas Landing. my name is Thomas.

There are other pertinent details that I left out, minor but significantly and coincidently relative to this account.

p.s. When I asked my friend how he knew it was about to come over the trees, he said he saw it shoot down from the sky to behind the trees.