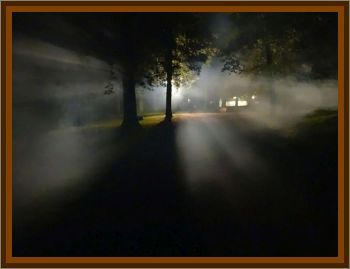 Just as the sun was about to set on the first day of the New Year in 1969, the residents of Prince George, British Columbia looked to the sky and saw something they could not explain.

Many were prompted to call the Royal Canadian Mounted Police. Three unrelated witnesses reported a strange, round object in the late afternoon sky. The sphere radiated a yellow orange light and appeared to ascend from 2,000' to 10,000'.

Further reports by other residents were made to the RCMP on January 3, 4 and 5.

Mrs. William Dow may not have been aware of these reports when she called the RCMP to investigate an object that landed in her back yard on January 9, 1969.

An official RCMP investigation report made on January 30, 1969, includes a photograph to explain the object that was recovered.