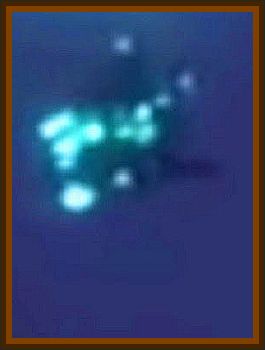 It happend on Sunday September 9, 2007 at 1:00 a.m. That night my girlfriend and I were lying down on sunbeds staring at the stars that night.

After a while I sat on the sunbed looking and talking to my girlfriend when behind her over the rooftop I saw a circular irregular light moving quite fast.

By the time I told her about it, it was already 45° on my right. She saw it as it was reappearing behind a building and finally it disappeared again behind trees. It moved quite fast and at constant speed along a east to west straight line.

We can’t define the distance and height as there was no information to estimate that properly. Nevertheless it appeared about 20° above the horizon line. Speed depends on the distance. Considering it was just behind the trees I estimate the object diameter to 3' to 6' and speed would have been around 200-300 km/h.

But my personal guess would situate it further than that and so bigger and faster.

Absolutely no noise came with it and there was no noise around us at that time. Speed was constant and movement was very clean and linear, not chaotic at all.